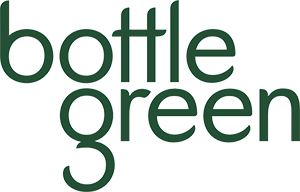 Bottlegreen Drinks has been producing soft drinks since 1989 and is the leader in the supply of Elderflower Cordial. They have been using Fiber Film since summer 2014. Transporting 100's of pallets out of the main factory each day, there are many challenges to make sure the stock gets to its final destination. With the soft drinks sold in uniquely shaped glass bottles and stored in very crisp edged boxes, each pallet goes through a lot of stress whilst in transit. Over the years Bottlegreen Drinks had tried a number of other wrap solutions and had found that none of those tested have not been strong enough or a larger quantity of film has been used on each pallet to maintain stability. With the introduction to fiber film, we have managed to overcome many of those challenges and made some savings along the way.

The introduction of fiber film has been a great addition to our production line. We are wrapping more pallets per roll than ever before with its pre-stretch ability saving us a considerable amount of money, the roll goes further than previous films used meaning we don't have to change rolls in production as often and none of this sacrifices the stability of our pallets. The film has great strength and supports all the variants that leave our factory We have recorded very few, if any, transit issues since changing over.

The UK's oldest brewery, they have been using Fiber Film since June 2014. Transporting very heavy liquid loads, often in glass bottles, produces many challenges. The trays the bottles sit in are very sharp and the motion of the liquid in transit puts a huge amount of stress on the film. Despite these challenges we were able to reduce the amount of film used to wrap their pallets, reduce their costs and make a sizeable improvement to load stability.

• We have reduced packaging material use and exposure to packaging waste charges.
• Our product loads are more stable and easier to transport and store.
• Palletised products are easier to identify due to the clarity of the film.
• There are fewer stoppages on the pallet wrapper for reel changes.
• We require lower film stock levels, which take up less room leaving more space for our finished product.

The grade of Fiber Film we use is ideal for our beer in glass bottles. We were able to significantly increase the tension without the film breaking because of the strength in the reinforcing fibres that run through the film.